Denton Corker Marshall was invited by Argent to participate in a design competition to develop proposals for a new 30,000m2 headquarters building as a centrepiece to their King’s Cross Central commercial district.

Our architectural concept was derived from the great variation of scale, colour and massing that is evident in the existing commercial and residential buildings found in and around the King’s Cross area. This eclectic architectural landscape has evolved from the ad-hoc historical development of the area, resulting in building forms that vary in height, size, material and architectural typology.

We referenced this urban grain in the concept proposals by breaking down the overall bulk of the building into what appears to be four separated blocks of accommodation, each with a different height and mass. Separation and individuality of each block is reinforced with the use of different façade materials and colours. This approach reduces the visual impact of the overall building on the newly formed St Pancras Square, while creating a continuity of scale with the nearby listed buildings.

The elevational treatment for each of the blocks is also an interpretation of the surroundings of the King’s Cross streetscape. We have abstracted the variation of sizes, shapes and relationship of solid areas in the existing buildings facades and distilled these further to create a series of complex geometric patterns. 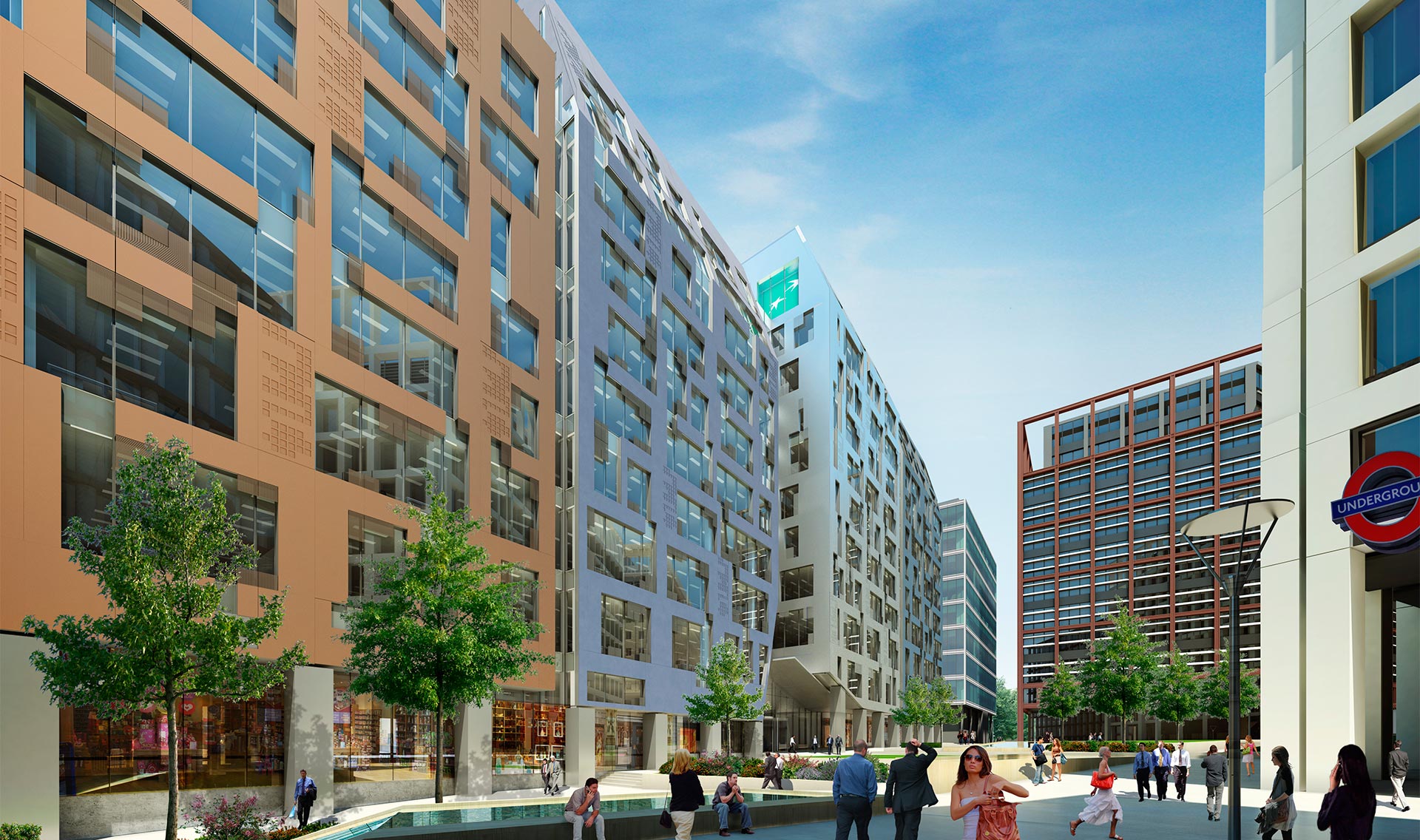 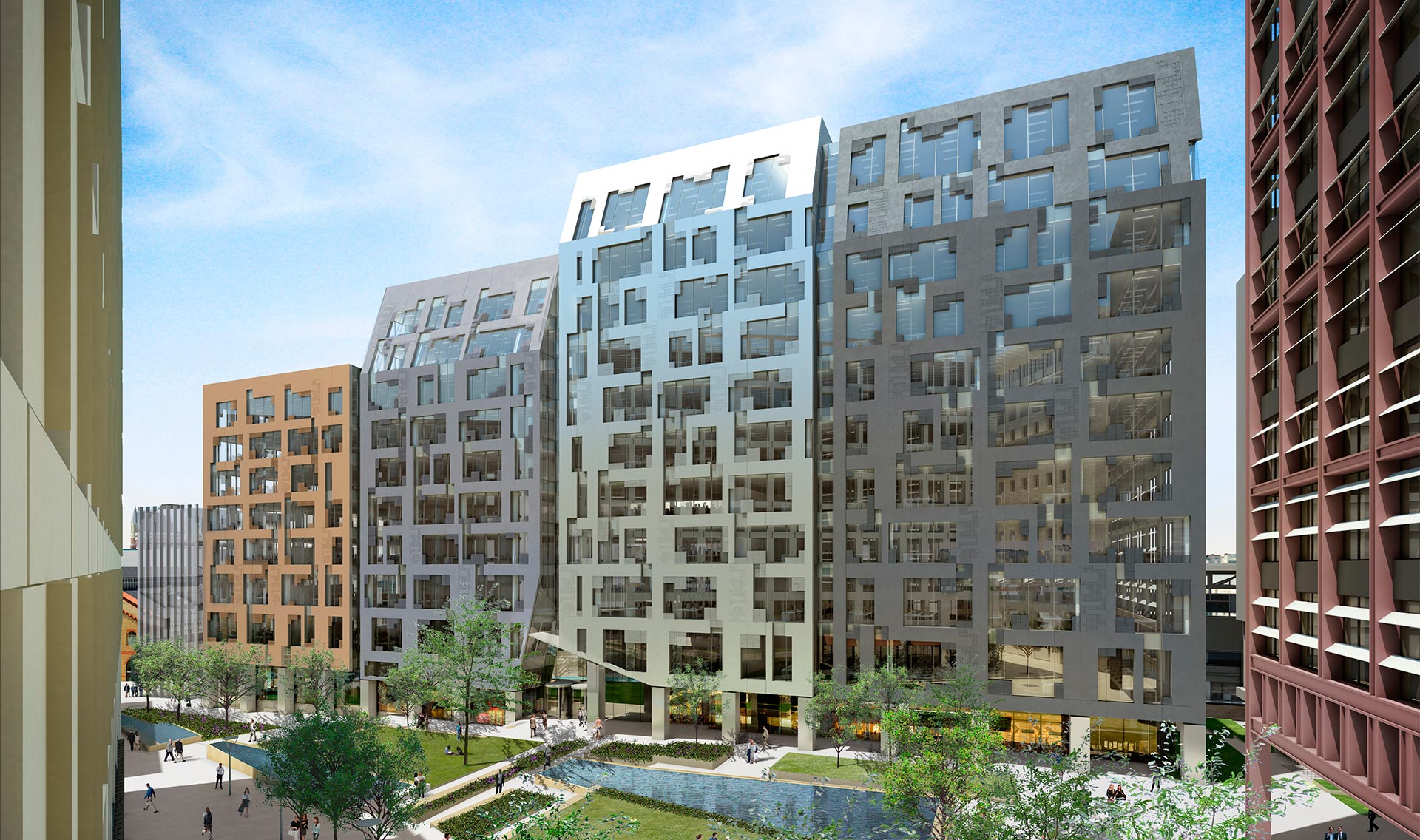