Having experienced CitizenM hotels elsewhere, Denton Corker Marshall considered that Manchester was an ideal location for this exciting and progressive brand. After receiving a generally positive response to the approach we decided to prepare feasibility studies on two sites owned by an existing client (Bruntwood, and with their consent) which were potentially suitable.

The two sites were both located in the city centre but very different in character. Both studies utilised their trademark pre-fabricated bedroom units, ensuring a reliable quality and a fast speed of construction, and were provided with their highly active and sociable lounge concept.

The first site in Fountain Street had an existing permission for a tower, the traditional construction of which proved uneconomic because the building occupied all of the site. The proposal envisaged constructing a new lift tower to stabilise the bedroom ‘stack’ which would be constructed largely out-of-hours to minimise disruption.

The second site is in Faulkner Street on top of the existing Bank Chambers Building, which was originally designed as an extraordinarily strong bank depositary building with the capacity to take additional floors. The proposal envisaged new ground floor reception facilities with a freestanding lift core to the bedrooms on the roof. The pre-fabricated system is also of low weight and thus allowed more floors than if using a conventional construction. The rooms being at a high level would have exceptional city views.

The schemes were in the process of being considered by the landowners and hotelier when the CitizenM management board decided to restrict future development to capital cities and large airports. 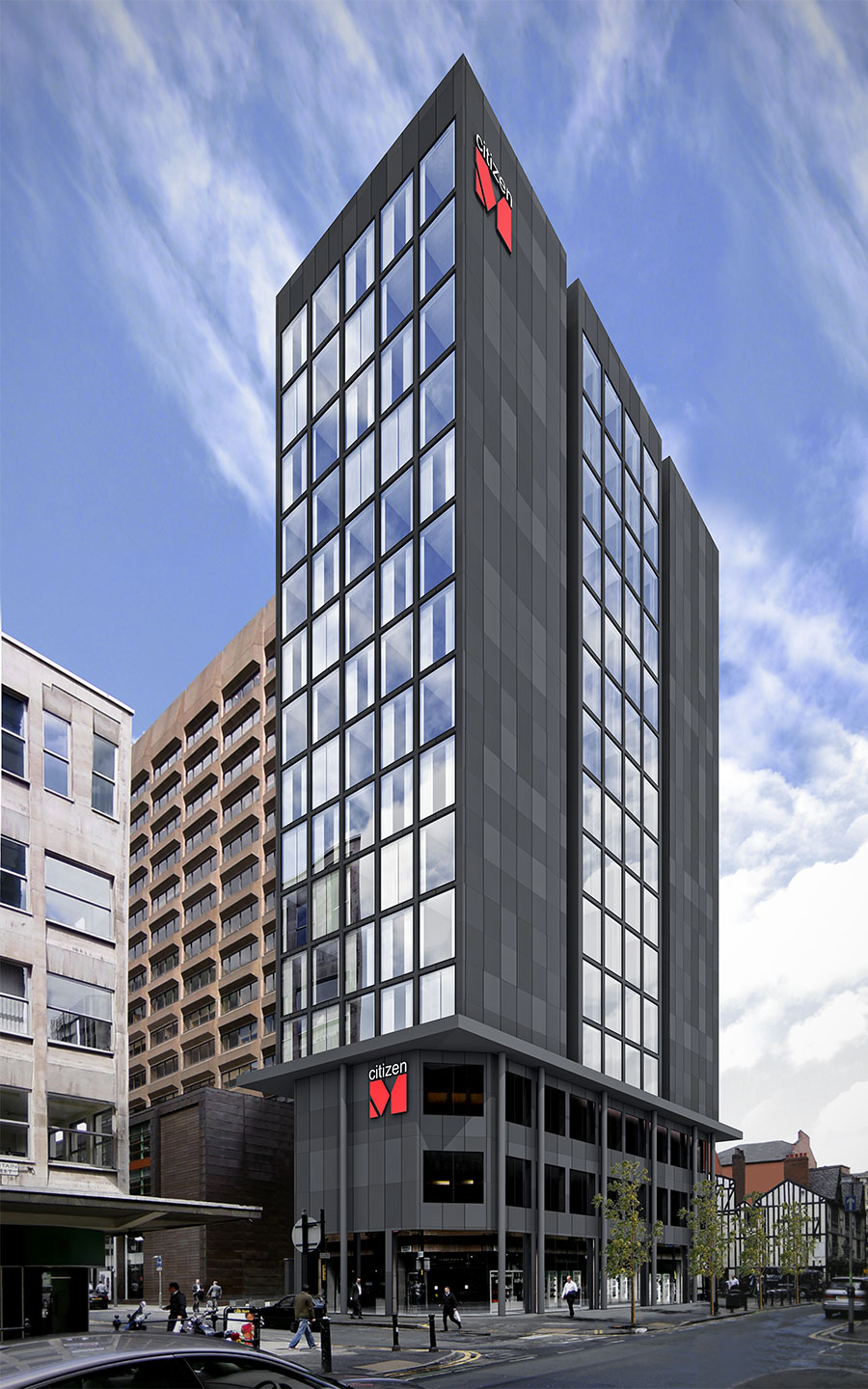