Denton Corker Marshall were directly appointed by Her Majesty’s Court Service to design a major new Magistrates Court in Birmingham city centre. The building consists of 24 court rooms over 6 floors with an additional 6 floors of judiciary and administration accommodation.

The curved form of the building is influenced by the master-plan approach across the site which incorporated a series of buildings with distinctive curved façades. We took the principle of this architectural expression and developed a continuous curved form around the recilinear courtrooms to create a ‘robe’ that envelops the building.

This metallic soft shape is pierced with cantilevered ‘pods’ that contain consultation rooms and magistrate’s retiring rooms. The front curved corner gently leans out through its full height and acts as a visual marker for the main entrance.

The glazing across the façade is detailed to appear as if the skin is peeled away to reveal the interior. With this design approach it was possible to carefully control solar-gain to each internal space whilst also providing natural daylight and views out from the courtrooms and office areas. 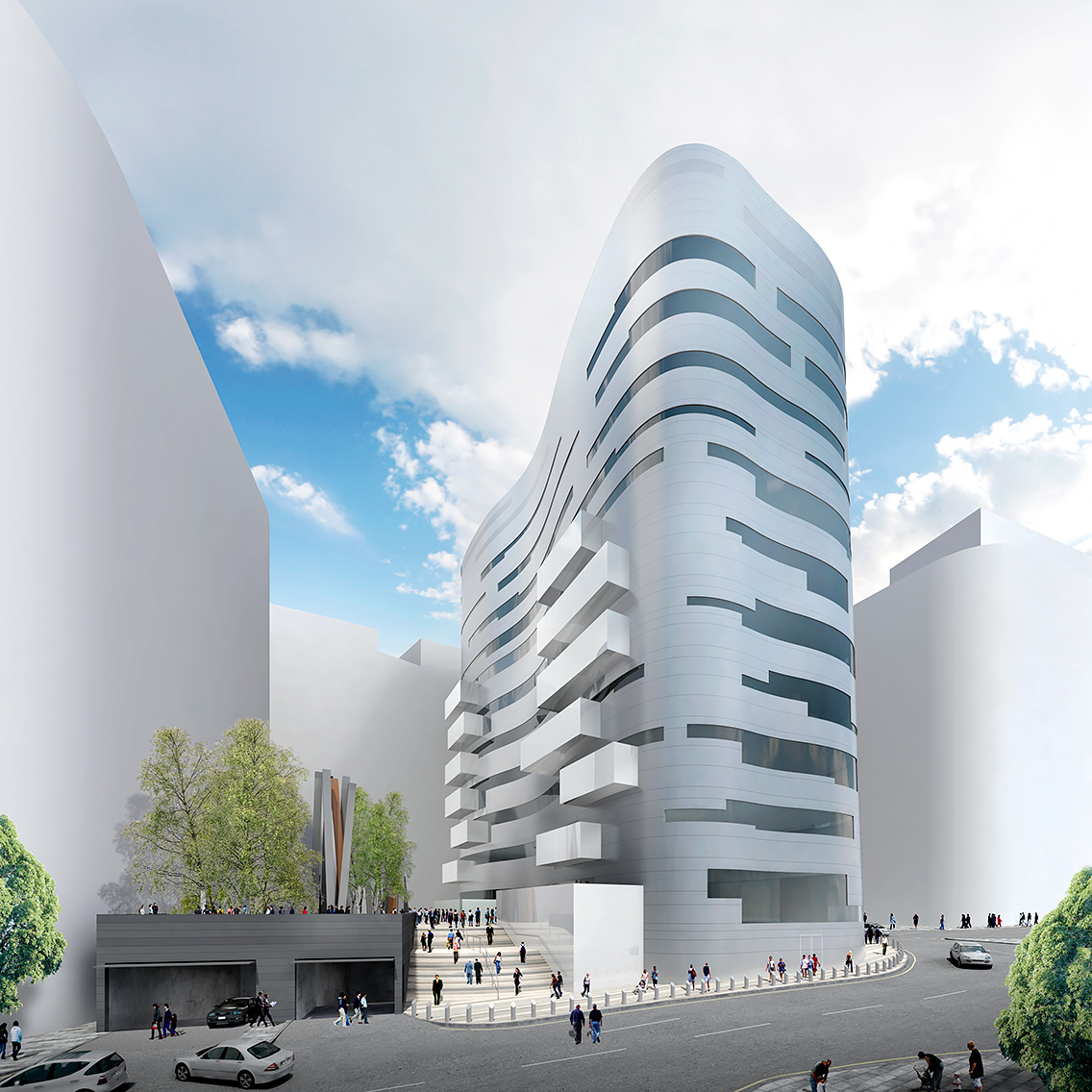 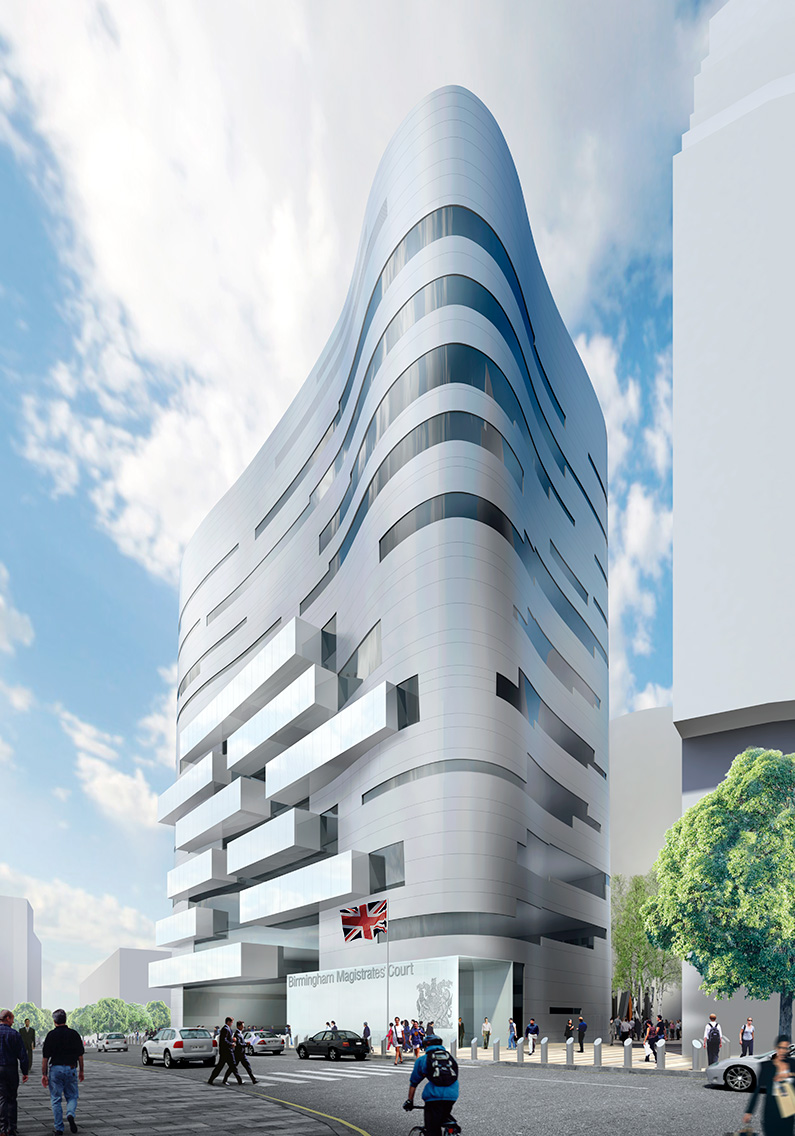