Denton Corker Marshall was initially appointed to work with John Pawson as Executive Architects on the design and construction of a new build speculative retail space on Brompton Road, completed at the end of 2000.

Following this we were employed directly by the new major tenants, B&B Italia, to work with Italian Designer Antonio Citterio to deliver the fit-out of this flagship showroom space which completed in 2001.

In 2008, we were appointed by B&B Italia to extend their showroom into the adjacent unit and create a large open plan space working alongside B&B Italia’s in-house designers.

In 2017 B&B Italia commissioned Citterio & Veil to re-design the showroom and, again, we were appointed to assist. 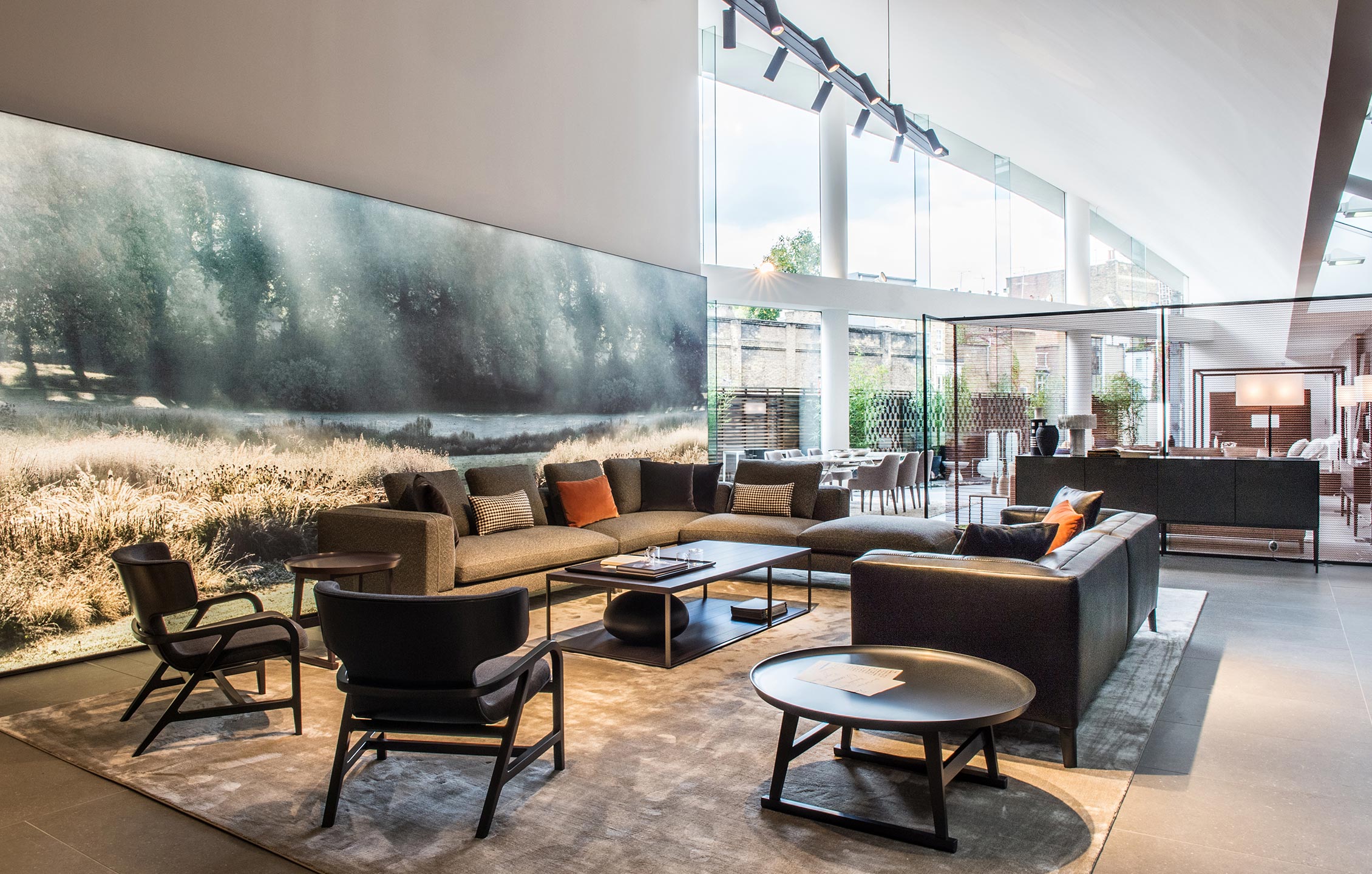